KEB are a mid-sized private German manufacturer of Drives & Controls serving OEM’s and machine builders to the manufacturing market. Established in 1972 we now employ 1200 people across 10 globally placed sites.

In the UK we are perceived as very niche with excellent quality products and service delivery. Whilst this is an extremely positive position to be in; unfortunately our product quality, interesting niche specialisation and exceptional service does not translate into an employer brand that is recognised as aspirational for prospective employees, largely due to the brand dominance other competitors hold in the market.

The primary objective of the UK business was to transform from niche to more main-stream manufacturer. In order to do this we decided to hire a sales professional to help raise awareness so as to realise this objective.

Firstly we had little time or resource to dedicate to finding a suitable candidate. This made little difference however because in truth, even with time and resources we had little knowledge of how to find the right sort of candidate.

In the past, recruitment had hit & miss success which gave us little confidence. Precious resources were tied up in time wasted recruitment activity which had a wider impact on the business. We also had an informal interview assessment process which was difficult to accurately pin hiring decisions on and finally the pressure was building on the UK to grow so we needed a solution that allowed us to concentrate on our day to day jobs but delivered exactly what we were looking for.

Affinity Search presented a solution to us based on their end to end signature system called the “TAP” (Talent Acquisition Process) which gave a clear program of steps that if followed, promised to deliver exactly what we were looking for.

Our ultimate measure of success boiled down to three things:

1. The quality of the hire

2. The overall cost in relation to our budget

3. The time to hire for a business critical role

We agreed that if those points were addressed satisfactorily the project would be deemed a success.

Affinity immediately assessed our requirements; aligning what we thought we wanted with our overall objectives. Together we recalibrated the requirements of the role to a set of skills, behaviours and outcomes that fitted exactly what we wanted. This exercise was called the “Performance Profile”

Further to this we set about creating a behavioural profile for the role which was to be used as a benchmark to measure candidates against and we identified five key competencies that were paramount to the role’s success.

Affinity gave us a time map outlining the steps giving us transparency on the process. This was useful in managing our diaries, but became equally important when reporting progress to our German HQ.

Affinity then set about researching, identifying, approaching and engaging with prospect candidates using techniques I had not heard of before. For example they adopted marketing techniques such as content marketing, webinars and free tools to engage with and attract candidates alongside the usual headhunting and LinkedIn searches some other recruiters use.

Their next step was to interview the candidates that had shown initial interest (11) to produce a shortlist for further assessment (5).

The shortlisted candidates were delivered to us using Affinity’s portal which contained the five candidates. Each of the candidates had significantly more information than just a CV. Profiles contained:

· Key information on salary and reasons for their application

In the end we opted to interview all five candidates as each was able to demonstrate their capability succinctly in their profiles.

Before interviewing the shortlisted candidates Affinity arrange a web based coaching session so we could familiarise ourselves with the interview system they had created as part of the package. The idea was to structure the interview around candidate performance and behaviour which for us are the two key predictors of candidate success.

Interviewing the candidates became more focused, uniform and informative and as interviewers we felt in control and able to make confident objective decisions on who to progress. We used a score card produced by Affinity which made debriefing far easier.

Affinity urged us to think of the interview like we were Jurors in a court of law rather than interviewers. This helped us use the interviews as more of an information gathering exercise rather than a decision making one. We scored each candidate against the agreed criteria and then debrief following the interviews to come to a more objective consensus on who to hire.

Following the first round of interviews we dramatically cut the shortlist to just one candidate and had him back to iron out any initial reservation we had lingering. At this point we went into attraction mode and sold the role the company and the longer term opportunity to the candidate. Interestingly feedback from him during the second stage was that he was sold on the company due to the robust nature of our hiring process. He felt it demonstrated our passion for bringing in the right candidate and felt confident that if offered the role it was based on clear rationale

Following full exchange of feedback during debriefs with Affinity on each candidate we felt confident we were able to comprise an offer which would be accepted by our chosen candidate. The reason for this was due to us concentrating our offer around the candidate’s key motivations. This was duly communicated to the candidate by Affinity and surprisingly, with no fuss, negotiation or counter offer, the candidate accepted the role

​In truth, we did not need to use the final step in Affinity’s hiring system.

Nonetheless, it is worthwhile mentioning the fifth step as it initially gave us the confidence to engage Affinity and to ultimately make the hire. Affinity’s hiring system is incredibly robust; The result is they pin a hefty guarantee on the candidate working out. This took away all of the risk and proved to us that Affinity were prepared to give us a solution not a deferred risk!

At the outset Affinity wanted us to judge them on three measures: Candidate quality and cost and the time it took to hire. We were exceptionally happy with the quality of the candidate but in truth we knew we had over spent on the salary part of the budget so entirely expected to receive an invoice which took us over our agreed budget (after all it was not Affinity’s fault the salary expectation would be increased based on the change in our requirements). We were delighted however to receive an invoice that clearly kept us within the original budget.

In the end Affinity delivered far more than a great candidate/employee within an expected cost. They delivered a growing employer brand, confidence we were hiring the best person for an important role, and a structure that is efficient, results driven and scalable for the future. Affinity has become an integral partner to KEB in the UK, why would we go anywhere else?

Our new employee has settled and orientated himself quickly into his role. He has already started to make a positive impact and moved us closer to our objectives by winning clear mainstream business we would otherwise have missed. We expect him to deliver a return on our investment in a very short timeframe and look forward to seeing him flourish in our organisation. 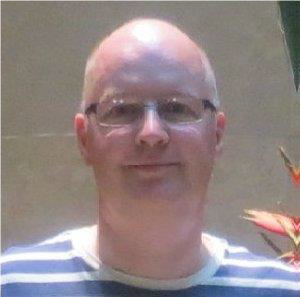