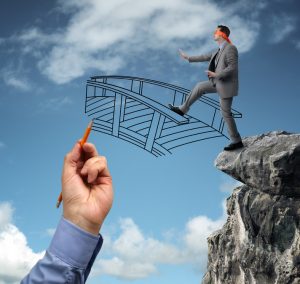 Industry 4.0 is the name that is being given to what many experts see as the latest industrial revolution. Over the last few years we have seen some rapid advances in technology, with increasing automation, data collection, analytics and monitoring becoming the norm. Smart supply chains and connected devices are sure to offer substantial improvements in the efficiency of our manufacturing facilities. But who will operate these new smart factories? The current generation of industrial leaders are not digital natives and those who are now coming through the education system inevitably lack industrial experience. The UK is about to experience a significant skills crisis, not unlike the digital skills crisis of the dotcom era, and the trade-skills crisis that followed it.

From Leader to Follower

The UK is currently leading the Industry 4.0 revolution, something that should come as little surprise considering the proud industrial heritage of this nation, but that lead will be short-lived if we do not invest in skills development. Enrolment in STEM (Science, Technology, Engineering and Maths) courses is lower than it could be for both genders, not least because there is still an over-riding perception that those fields are hard. In fact, enrolment in STEM courses fell between 2012 and 2013 in the UK, while Canada and the USA saw rising registrations during the same period.

Mike Houghton, a divisional director at Siemens, has made it his mission to try to address the skis gap. He believes that if the attrition rate in the industry remains the same, and the average retirement rate also remains unchanged, five years from now half of the engineers working at Siemens will be new to the business. His principal concern is from where those engineers will come. There are insufficient students entering engineering programs and Houghton is concerned that it may take some time to address this issue.

Creating Passion at a Young Age

Houghton believes that it is important to create a passion for physics and mathematics at a young age. If educators can capture the imaginations of children before the age of eleven then they are more likely to pay attention to these seemingly “dry” topics at school. He hopes that the launch of STEM ambassador programmes may help.

In the United States, there are a range of programmes running to encourage girls and young women to pursue technical subjects. For example, Sony runs GIRL (Gamers in Real Life) which is focused on attracting young women into computer science and specifically into the field of video game design. Games are exciting, far more so than mathematical equations on a whiteboard. Houghton believes that the way to get people into engineering fields is to use other exciting topics, such as Formula One racing. If youngsters understood that there would be no Formula 1 cars without mathematicians and physicists, then perhaps they would be more inclined to develop an interest in those subjects.

Making maths and science more appealing to young children should help the next generation, but what about those students in college and university right now? One issue that a significant percentage of employers are already facing is that university graduates may be academically qualified, but lack the work experience required in order to hit the ground running when they start their first job. Siemens is working on improving this by running E3, a scheme which offers holiday jobs to university students. This helps to contextualise their academic qualifications, with a few weeks of real-world experience proving invaluable when they ultimately graduate.

The current Government acknowledges that there is a clear skills gap. It plans to address this, at least in part, through the introduction of University Technical Colleges (UTCs). This is a new form of educational establishment that focuses on real-world skills for technical industries. Many traditional universities are struggling to keep up with Industry 4.0 because they have to set curricula and define their courses far in advance. By the time a student graduates, the tools and processes that they learned at university are obsolete. UTCs offer transferable skills and valuable engineering experience, which puts their graduates ahead of those from many traditional universities.

It will take a long time to build a healthy talent pipeline. For the UK to stay at the forefront of Industry 4.0 we must focus on retaining the best of our current graduates and on getting the Government, existing industry mentors and educators from the primary level upwards to encourage the next generation to enter STEM fields. Only then can we be confident that the skills gap will close.