What I learned from the most famous person you’ve never heard of.

What I learned from the most famous person you’ve never heard of. 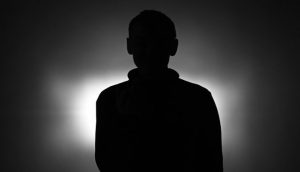 I was very excited about my peer group meeting in London yesterday. I was one of only eight like minded professionals fortunate enough to have an audience with one of the most inspirational people I’ve ever met. And yet I didn’t know this person, had not heard of him before and didn’t even know what he looked like.

I did however know him by one of his notable achievements. I was about to be educated in a number of others which culminated in an emotional, inspirational and thought provoking experience.

The notable achievement I refer to was his part in the success of the England World Cup Rugby team in 2003. (Perhaps you remember – the clock had run down past the 80th minute, Johnny Wilkinson is passed the ball and proceeds to drop kick the winning points; securing England into the history books and setting about sporting inspiration for the nation)

I know you are thinking Sir Clive Woodward but you would be wrong. Sir Clive in his wisdom built a winning team of people around him, one of whom was none other than Humphrey Walters. “Who?” I hear you cry… that was what I thought too. For those of you who know of Humphrey you can skip the next paragraph; for the uninitiated, let me enlighten you and then I’ll get to the point of my excitement.

The list of world class teams he has worked with and helped shape is impressive stuff:

OK – I think you get the picture.

So what was it that drove me to share this experience with you?

Firstly, although the lessons Humphrey referred to were contextualised for business, these were in fact life lessons.

It was his insight into the world of the winning mind-set. An insight most of us are not exposed to and only glimpse from afar in the achievements of our heroes (sporting or otherwise)

The inspiration comes in the fact that actually, winners either in sport, business, the arts or any other discipline are actually just like us “mere mortals”. What makes them winners is their ability to channel a winning mindset to achieve that which others either give up on or do not think is possible.

I want to share my five key takeaways from the experience that really resonate with me. I’m sure you know all this stuff but it doesn’t hurt to be reminded of them:

If I relate this all back to what I am good at – Recruiting great candidates for great organisations. All of the above would be excellent advice for both hiring firms and prospective candidates. Read them again – what do you think?

Final thought… I have a young family (a Daughter and Son) who I hope want for nothing in life and fulfil all their dreams. The trouble is unless they make use of the sage advice Humphrey gifted to me (and now me to you), I believe they will fall far short of their potential. I can promise you those wise life lessons and the many others Humphrey shared with me yesterday will be well planted in the development of “Team Salt” for their future success. Watch out world!