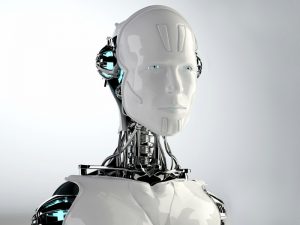 Over the last few decades, manufacturing has changed a great deal. The development of labour-saving devices means that factories can handle larger tasks, for longer hours and complete things more rapidly than humans ever could.

At first, those labour saving devices were simple machines that performed very specific tasks within strictly limited parameters. This has changed, however, and today we have robots that are capable of analysing situations, making decisions and working with or alongside humans in quite dynamic ways.

Perhaps the most prominent and arguably the most frightening robot is Google’s self-driving car. This is a machine that is capable of driving on roads, amongst unpredictable human drivers and navigating routes without crashing. It’s possible that at some point in the future almost all cars will be self-driving and that this will empower those who are disabled. Some believe the technology may save lives in removing the fallible human element from our road systems.

For now, however humans and robots are working alongside each other and this is posing some interesting questions. Imagine that a robot is working on an assembly line and that a human somehow ends up in a potentially dangerous situation. Perhaps a robot goes to pick up something at the same time as a human is working on it. Should the machine automatically defer to the human? How should it respond to protect its human co-worker? Would it be safer not to have humans and robots working alongside each other?

The Law Has Not Caught Up With Technology

The law, as it stands has not caught up with the new questions that technology poses. In the United States, for example, the Occupation Safety and Health Administration still operates on the assumption that robots are used only in areas where there are no humans in close proximity. This is fine for near-completely automated plants, but it is not suitable for smaller manufacturers who would arguably benefit most from collaborative robot technology.

The German Institute for Occupational Safety and Health has undertaken some pioneering work in finding ways in which robots and humans can work effectively together. This should come as little surprise since Germany has been leading the way in adopting most areas of Industry 4.0. One area in which the institute is making considerable effort is in determining safe limits for the force with which a robot may strike a human while it is operating in the workplace.

The researchers believe that there will be increasing contact between humans and robots. One member of the group, Bjorn Matthias, is calling for robots to be permitted to cause sensations that would qualify as pain, on occasion. He notes that it would not be acceptable for robots to routinely cause bruising but that some degree of pain caused by accident should be considered an acceptable risk of day-to-day operation.

Through the use of speed monitoring, distance and pressure sensors, robots can make decisions regarding the activities that they perform. For example, they could undertake dangerous activities when there are no humans nearby, pausing when humans enter a defined perimeter.

A Small Price for Safety

If utilising robots to perform tasks that may be notionally dangerous will allow them to be used in a wider range of environments, then an occasional bump or bruise may be a small price to pay. Robots can be used for heavy lifting and repetitive motion, such as for installing windows into car doors. They are also ideally suited to tasks such as painting, sanding and grinding. Many of these activities are currently undertaken by members of the workforce, often to the detriment of their health.

Inhaling dust and paint fumes has been proven to present long term health risks for humans. Automating those tasks and using humans for QA has considerable merit. To date, robots have caused 20 fatal accidents in the USA. Clearly any fatalities are unacceptable but as the technology matures it is likely that robots will save many more lives than they will put at risk.